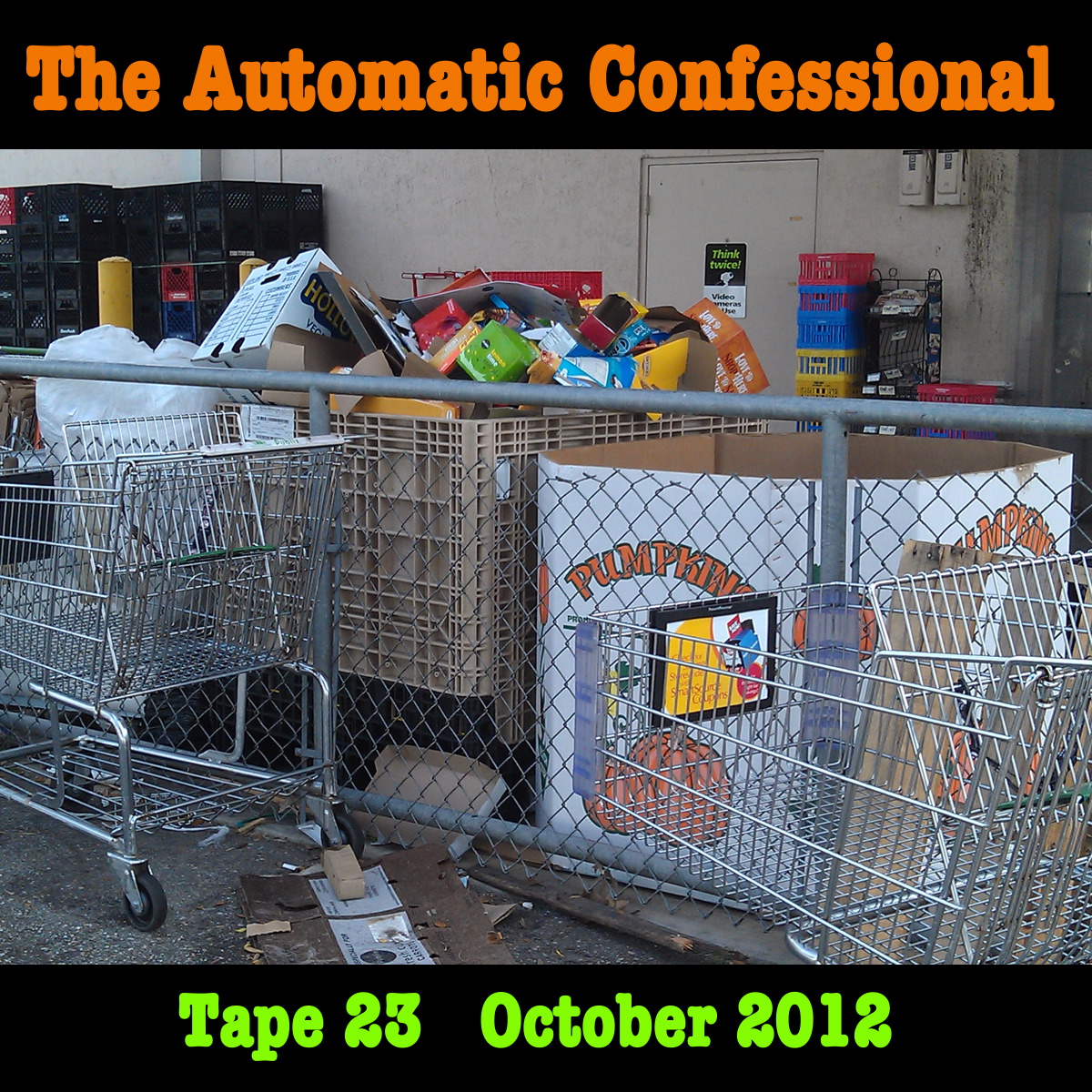 by
Hal McGee and contributors

This is the second new 60 minute tape of voicemail messages of the newly-revived Automatic Confessional Project - Tape 23.
the ultimate lo-fi answering machine compilation project is back!

The messages will be transferred to microcassette and will be published online.

---
TO BE CLEAR: Unlike the first phase of the project from 2009-1010, this time I am not using a microcassette answering machine to record your messages. You will leave your messages on the voicemail of my cell phone. I will transfer these messages to microcassette via playback through my cell phone's earpiece. Then I will transfer the microcassette tapes to Audacity and then publish a tape online every time that I receive enough messages to fill up a 60 minute tape.
Same basic concept, though!